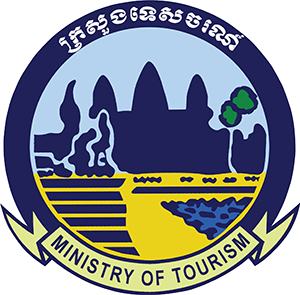 The Kingdom of Cambodia, formerly known as Kampuchea, has its name derived from the Sanskrit name Kambujadesa, meaning Land of Kambuja, which refers to the once powerful Khmer kingdom. Cambodia is today a peaceful sovereign state with plenty of opportunity for investment and development.

Cambodia is situated in the heart of Southeast Asia. Covering a total area of 181,035 square kilometres, Cambodia shares its border with Thailand, Laos and Vietnam.
Cambodia’s main geographical features, the low-lying Central Plain, includes the Tonlé Sap basin, the lower Mekong River flood-plains and the Bassac River plain. Mountain ranges occupy the north, east, in the south-west and southern part of the country.

The south and south-westerly part of the country face the Gulf of Thailand with a 443 km long coast overlapping 4 provinces; Kep, Kampot, Koh Kong and Kampong Soam (Sihanoulville) - collectively dubbed the 4K coastal zone. This charming stretch is characterized by mangrove forests, peninsulas, sandy beaches, headlands and bays with over 50 islands within the territorial waters.

The Tonlé Sap Lake, one of the world’s most varied and productive ecosystems and the mighty Mekong River, which traverse the country from north to south, are two outstanding features that contribute to the population that lives in the region.

Like most of Southeast Asia, Cambodia’s climate is hot and warm almost all year round. The climate is dominated by the annual monsoon cycle of rainy and dry seasons. The rainy season lasts from May to October, and the dry season from November to April. December to January are the cool months while the hottest period is in April. The average temperature is 27-28ºC.

The monsoon season may carry some rains but these quite often occur during the late evening and overnight and are not likely to spoil your enjoyment.

The Cambodian Riel is the national currency. However, USD is widely accepted and generally preferred especially when the cost of an item is substantially large since the exchange rate floats around 4000 riel to one US dollar.

Nonetheless, one could enjoy better value for your money when using the Riel. When making a purchase in USD, you will most likely receive your change in Riel.

The standard voltage in Cambodia is 230 V and the standard frequency is 50 Hz. See illustration below for the types of power sockets and corresponding plugs used in Cambodia.